“Parliament is teaching kids that don’t have a disability that they shouldn’t be with kids that do have a disability. I think that’s mean. … my school rules are to be respectful, to be safe and to be a learner. I think parliament should have the same rules. Saying to get rid of kids with Autism is not respectful. When parliament says kids like me should be gotten rid of, I don’t feel safe … a leaders job should be to find ways to make things work, not to get rid of things”.

This week, Australia’s One Nation Senator Pauline Hanson said in parliament that children with disabilities, particularly those with Autism, should be separated out of mainstream classrooms. Cadence listened to the Senators comments on the news. This is nhot a ‘political’ response; it is an Autistic child’s response to what they interpreted from what was said. 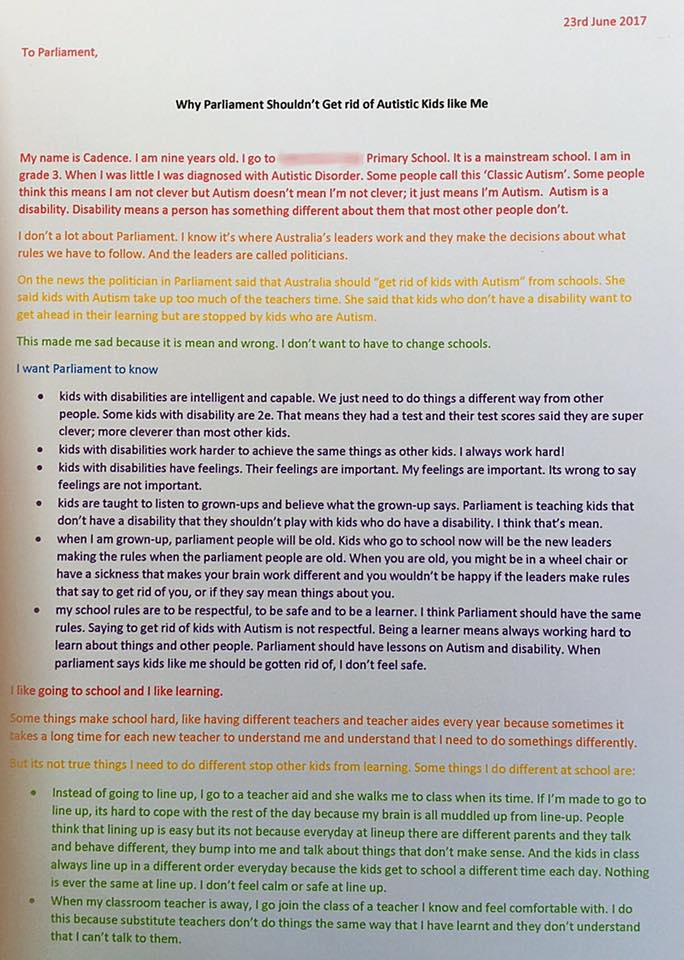 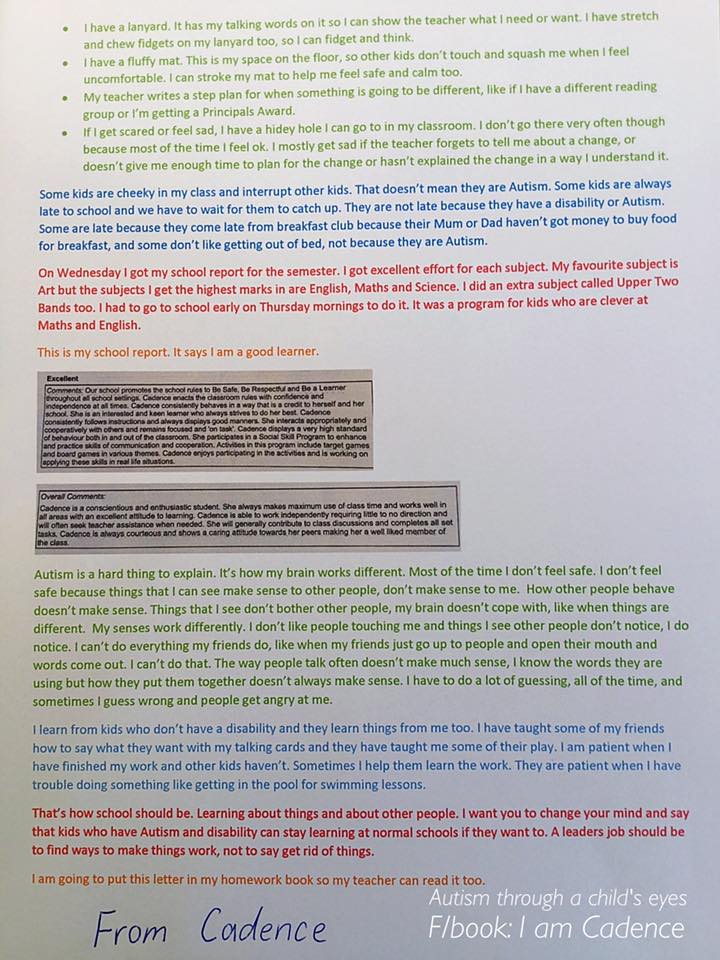 Nine year old Cadence, who is Autistic, was alerted to these comments during a television news break. Cadence, who delights in writing, twirling, patterns, counting and painting, often shares short writings on her experiences as an Autistic child. Her first public piece, ‘Autism is why I am different’,  was published by Kidspot magazine in August 2015, when Cadence was 7 years old, which combined with her prose “Autism Doesn’t mean I’m bad”, was made into a Spanish short film, ‘Acceptance’ (released August 2016).

3 thoughts on “Why I Belong in Mainstream School”

I am Cadence – Growing Up Unique

I am Cadence – Growing Up Unique